Oh yeah, just two more days left in 2010 and I have 20 joys left to document…. Where do I begin?  Oh, yes, the only logical place to begin: Birthing Class.

You might be saying to yourself, “Did Emily just post a baby doll with an umbilical cord and placenta (aka Joy #81)?”  And I would have to say, “Yes, yes I did.”  So on Monday, my dear friend Allison was all like, ” Emily, let’s have dinner this week and do something fun and girly!” (Allison is just fun and girly like that.)  I looked at my calendar and I said, “Sure, Allison – let’s get dinner on Tuesday… oh, and you can come with me to my birthing class.” I mean, what could be more girly than babies?  So Allison, always up to the challenge, said, “Sure!”  I think she might have agreed out of morbid curiousity.  And oh, how my class did not disappoint.

I knew going into the night that we would get to watch the 1979 classic, “We’re having a baby on film!” starring Daddy Mullet and Mama “Farrah Fawcett” Hair (aka Joy #82).  However, what not even I was  prepared for, was the instructor’s VIVID recreation of the birthing process in a monologue called, “Me pretending to have a baby in front of the class complete with grunting, breathing and commentary (aka Joy #83).”  Just for those of you trying to imagine this scene, picture a 65 year old woman wearing bright pink lipstick, a dark pink top and black slacks, sitting on a chair in front of the room with the above pictured doll + placenta on her lap as she tries to “push” them out.  Her re-enactment was so vivid that at one point I wanted to encourage her, “Keep going!  I can see the baby’s head between your knees!  You’re almost there!”

I could barely look at Allison’s face (which was a combination between mildly horrified and moderately amused) for fear that I might laugh out loud.

Which leads me to Joy #84 that unfortunately came at someone else’s expense.  See, since I’m having twins, I get to take the class early (hey, I’m a ticking time bomb!  Who knows when these kids are going to explode out of my body!) So while I’m only 25 weeks, some of these women are just days away from delivering.  Sally (not her real name) across the room from us was 34 weeks along and, it appears, just realizing that this baby she’s been carrying around is going to come out and it’s not going to be an altogether attractive experience.  While watching the movie, I’d look across the room and watch Sally’s as shock, disbelief, disgust and horror flashed across her face in a series of expressions that were priceless!  Ask me how I feel about all of this in 10 weeks, though…

I found a new favorite blog (I have a lot of favorite blogs… how can you pick just one???).  This woman is HILARIOUS!  I love reading her posts about her twin pregnancy (she’s delivering tomorrow at 32 weeks – if you can, please keep her in your thoughts and prayers) and I love how she words things.  I want to be her friend.  We could go shopping and she could say funny things and I would laugh.  It would be amazing.  But I think that it would be weird to be like, “Hi, I like your blog, be my friend.”  So instead, I’ll just lurk.  And you should lurk, too.  You will laugh until you cry, I promise! 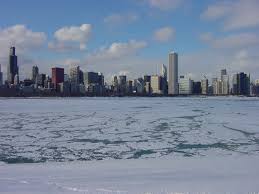 Now that it is officially winter in Chicago, I have found joy in the fact that it will be another year before it will be winter again!  And, the days are getting longer, too.  Anyone else ever wonder why the shortest day is not also the coldest day?  And, vice versa, the longest day is not the hottest day?  Think about it – December 21st is usually frosty, but it’s not until mid-to-late January that it is painfully cold…  And likewise, you can still have some pretty cold days in June, but during July and August in Chicago you can cook an egg on the sidewalk (I wouldn’t eat them, though – I draw the line there).  It’s called thermal inertia!  The earth is still cooling down in December, but after a few months of shorter days, we get to our coolest.  It takes a while before the days get long enough to affect the temperature.  I think it’s pretty cool! 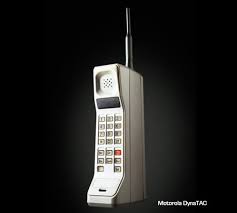 Ah, the cell phone.  My marriage would not be the amazing marriage that it is today if it weren’t for God and cell phones.  See, God teaches us both about grace, forgiveness and love while cell phones help us communicate those principles to each other.  With Frank gone as frequently as he sometimes is, sometimes our only contact with each other is via our phones.  Thank goodness for roll over minutes and unlimited nights/weekends! 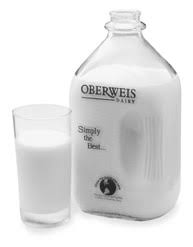 So I believe I may have mentioned before our love-affair with Oberweis milk.  We love it.  YUM!  But tonight my joy is less about Oberweis and more about not having to cry over spilled milk.  Specifically, after purchasing my milk today, I picked it up from the counter and the bottles clanged together and then one BROKE.  Shattered.  Milk started spraying out of the bottom of the bag, all over the floor.  I stared at the bag in stunned silence.  Woopsie!  The check-out lady couldn’t have been nicer and went and got me a new bottle and sent me on my way.  Such a joy!