I’m such a joy-slacker.  I totally thought I’d have more time to document joys today, but instead took a 3 hour nap… Which, really, probably counts as a joy… I just don’t have a picture of it! 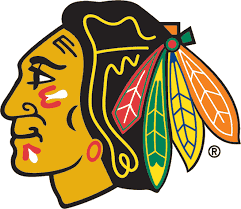 Big time joy today – it’s the first game we’ve gone to this season where the Hawks brought in a W!  We were both very happy with the final score of 4-1 over the Predators.  I would’ve been happier if there had been a really good fight on the ice.  You know, the kind where gloves come off and the players hold each other up while beating each other senseless (because if you go down, the refs can break it up).  Even if the ice girls (wannabe figure skaters who shovel excess ice shavings during breaks while wearing nearly nothing) decided to rumble, that would’ve counted.  Oh well.  There’s always next year! 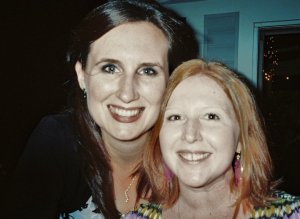 Meghan and Mark.  Mark and Meghan.  They are both truly joys for us.  We both love hanging out with them and having “drinky-poos” (although, my “drinky-poos” have been non-existent for the past 6 months or so…).  They are a fabulous couple and are getting married in March 2011.  Frank and I are honored to be a part of their bridal party and we hope that the babies do not decide to make an appearance AT their wedding.  Some things (water breaking, woman in labor) are not really meant to be a part of a wedding album…

Yeah, so my hubz is one of my biggest joys most of the time – it sort of goes without saying.  He’s just awesome!  Today we did our K-fam tradition of having a nice dinner downtown and seeing a Hawks game (GO HAWKS!).  We went to Carnivale for dinner beforehand and really enjoyed ourselves.  We talked a lot about how the twins will be here in only three months… maybe less… I think it’s really sinking in!